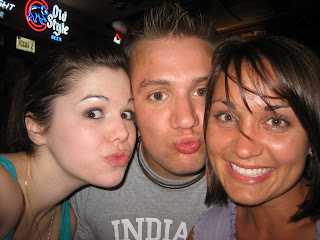 Ok, well after having a momentary freak out at the College of Arts and Sciences here at IU. My degree has *finally* been finalized and I can now get my final transcript and FINALLY get a move on with uni stuff (how many times can I say finally in one sentence? I think I'm finally done. ha.) So soon I shall be updating more regularly with information regarding stuff being sent to me via email & post. Also the fun stuff like housing assignments etc!

Also an interesting thing...facebook has proved wonders and I found a girl on there who is from Connecticut and she is in the same exact program as me! It turns out I wont be the only American in my program! She's living in Kalvinhaugh Gate which is the nicer of the 2 main dorms I applied too (a little more expensive but you get a private bathroom which would be lovely). I don't know if we'll room together, but there is a good chance. University of Glasgow likes to house people in similar programs together so that way there isn't a lot of conflicting schedules etc. There are perks and disadvantages I think with living with the other USAer, but it will work out for the best as always. :) It seems like we have a GREAT deal in common which is very very cool. I am so insanely excited to get things going with Glasgow..it's less than 100 days now. I know it's going to come up like lightening...and it's going to rock my world.

Laura and Jake got married almost 3 weeks ago...hard to believe, but it was a beautiful ceremony, and I am so deeply happy for them..I cried during the entire ceremony it seems like...ugh totally beautiful.

Work is AH-MAZING! I love love love the people I work with and we have the best time....and I 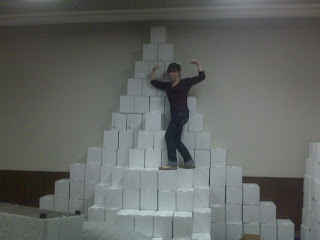 honestly think that as the summer goes we're just going to have more and more fun!!! I have pictures up from us hanging out and working on facebook if you want to see...I'll eventually post them in a more easily accessible place later...but now i'm lazy. :)

Other than that nothing else is really going on. Gerrit visited me for a week, and right now he is in South Carolina. It was nice having him around, it has been 2 years! I also reunited with Kelly in a way which was very cool. It was nice telling stories about our childhood together and all the stupid stuff we used to do (that would ruin our social lives if people found out! hahahaha we were that dorky!)
Well, I think I'm finished updating for now...nothing else going on..and no one really is reading this anyways! 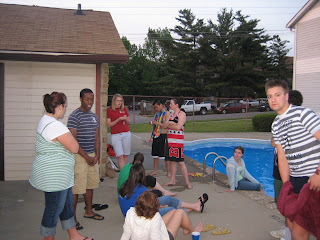