Picutres from the Botanic Gardens, and Random Thoughts.

So yesterday turned into an interesting day...I don't want to go into it on here...but I have a feeling I'm going to get a little loopy for a while...everything works out for the best though, as it always does. Just gotta trust in the universe...

The next couple of weeks are going to be very busy for me it looks like. Ashely is coming to visit starting Next Monday (so so so incredibly excited to see her, even though we became friends this summer, I've missed her like crazy and can't wait to see her and have her around for a week). Plus next Friday is Halloween (i'm doing it easy...just a pirate. I have my corset, I have the boots...curl my hair...wear lots of eyeliner...pretty sure i've been a pirate almost 3 years running..minus the one year i was a gypsy (same difference) Yesterday I turned in my Decorative Arts Room Project Proposal, and I decided I was going to do a room for Emma Hamilton who was a mistress (rumored prostitute), lady to an ambassador, friend to the Queen of Naples, Actress, Muse, etc. Very cool woman, plus she seemed really pretty too, with a good sense of fashion and fun about her. I also figured that she would give me some creative freedom to create a bedroom that was eccentric and eclectic. I found her in a book of Mid-Late Georgian Portraits, and there was this little blurb about her in the book. I figured, ok, so she had Admiral Nelson's kid, no big deal, married Sir Hamilton. Got it. Check. Didn't think there was that much written on her, ya know? I hadn't heard of her even though some of her portraits look familiar.

So in class yesterday Pam asks, "who are you doing your room over?" (She knew i was looking fora portrait), and I go, well I found this portrait of Emma Hamilton, and I read this little blurb about her, and I thought she would be fun to create a room for with her in mind.

I spent the rest of the afternoon and evening on campus till after 7. The weather was miserable and I needed to try and get some studying done. Fredrik met me at the library around 4. Then we went back to my place so he could pick up his stuff that he bought from Ikea (and left here), headed back home, and I had dinner with Heloise.

Whenever Heloise and I have one on one time, she never ceases to surprise me. The things she tells me, I never expected to hear come out of her mouth. Let's just say we have a great deal in common than one would expect (Mom if you catch my drift), and I am actually able to talk about the side of me that I seem to keep hidden away a lot of the time. Originally I only thought Kelly would be the person I could talk to about those things, but it seems Heloise has somethings to say as well. She was telling me how well she remembers her dreams...and I was a little envious when she told me...I mean, she has focused on remembering her dreams her whole life basically, and now she can remember all sorts of details. She's also able to do some lucid dreaming which is really cool as well.

There is a store called Opal Moon that is past Byres Road, on the way to Fredrik's, that talks to me everytime I go by it...maybe today I'll actually go. I feel the need.

So I wanted to post some pictures on here that I took at the botanic gardens when giulia came to visit! So I'm gonna stop rambling and start posting a string of some of the pictures I like the best (i guess?). It was fun to preten I actually have some sort of artistic talent when it comes to photos (even though I have no idea what I'm doing...I figured it was good to practice on plants) :) 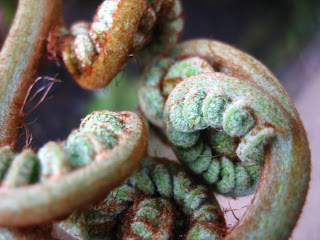 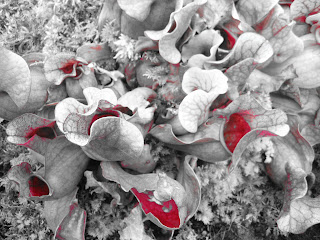 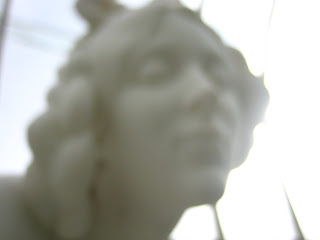 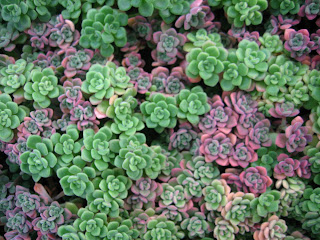 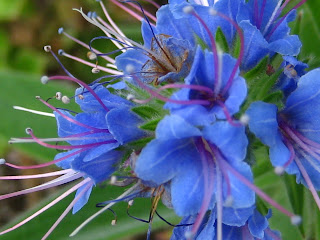 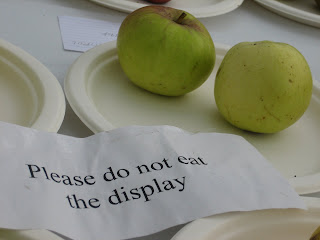 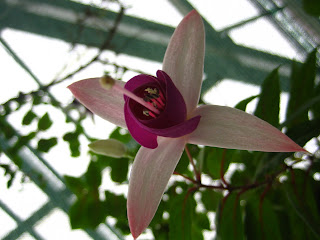 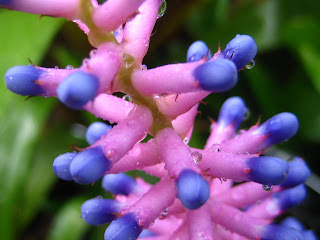 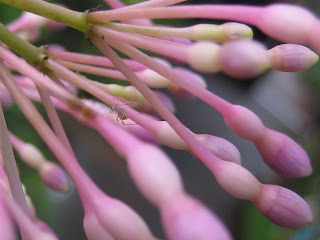 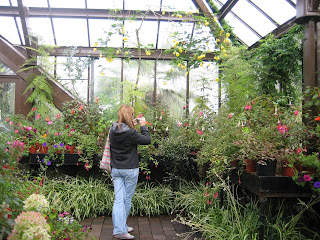 and finally, I wanted to throw in this picture I took of myself at Hopetoun. I really liked the clock that (still works) is in the shot...it's myspacey...but i thought it was a bit fun to do a "myspace self-portrait" in a house hundreds of years old. Speaking of working clocks...I feel as though the houses talk (whoa hold up abby's getting weird...hold on tight skeptics) to me when I'm there. I've noticed that it seems every room I go into, a clock (mostly 18th century ones) immediately start chiming. Of course, there is everyone else in the room as well..but I've never been treated to so many beautfiul songs walking into a beautiful old home. I don't really know how to explain it, but I really feel like the houses are welcoming me back, and saying hello. It scared me the first time it happened...but I feel like it's a little joke between the homes and I.
When it comes to houses being "alive" or not, Hopetoun was pretty dead...of course the family still lives there in one half of the house...but it was no where near as happy and alive as Dumfries was..I could have stayed in Dumfries forever...of course it was basically in my favorite period ever. Just an extremely well-loved and happy home. Beautiful without a doubt as well. I would love to throw on a Riding Habit and ride the 2000 acres. Scotland has to be one of the most breathtaking places. 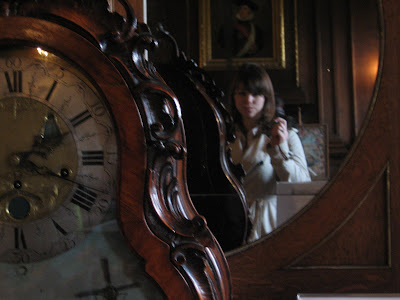 Another thing I wanted to share, that I think you lovely readers would appreciate is the invention here in Scotland known as "Ha-Ha's" (not kidding). They are sunken fences for sheep! It's hard to explain unless you see it, but it's absolute genius both for design and for practicality. Instead of having fences place above ground and ruining the views around the beautiful country homes (which would have been a tragedy during the 18th century). Robert Adam (I think..not sure...correct me if wrong) either took this idea from Europe or came up with it himself, dug trench like areas into the ground. One side is gently sloping while the other side is at a 90 degree angle or so. This way, the sheep can move all around the pasture, and down the sloping side, but they can't get out because they're blocked by the 90 wall in place in the ground. Also, as I'm writing this, it was probably good for keeping the sheep safe as well...it would have detered any preditors from getting to them at least for a while I would imagine. How they recieved thier names is a trip too..one obnoxious socialite writer (can't remember his name) wrote about these fences and called him Ha has because when people would stroll the grounds and they fall off into the ha has, people would point and go HAHA! :-P thank you 18th century sense of humor.

Alright, I'm feeling better in my blogging department especially since I've been miserable about updating for about 2 weeks, and I don't want to stay behind in that sense.

Oh, I've downloaded tons of Christmas music...and I'm really excited about it. Today is the 21st. It'll be 2 months till I'm home for Christmas. How bout that as a mind trip? 61 days or so.

Your pictures look PROFESSIONAL. I love love love them. Especially the one where it is just a little bit of red in the picture with the plants in grey. Did you do that effect or is it really like that?

I am ridiculously excited to see you too! I've missed you! Also...I agree with melinda your pictures are very nicely done!