Ok so what I've decided to do is write about each of the exciting things I've been up to individually, so that way I can keep my brain in order, cause we know me...I'm a bit of a scatter brain and having essays due and crazy busy stuff, it just makes it worse for me....

So the first thing to write about on my little list is the Lykke Li concert that I went to a couple weeks ago (before Thanksgiving). I don't know if anyone from home has heard of her, but she's a Swedish artist (popish) that I found on iTunes beautiful "free single of the week" feature. It was a music video of hers, and it was pretty awesome. Anyways, I found out from my Swedish/Scandinavian friends that she was coming to Glasgow, and tickets were only like 12 pounds. So I introduced Lykke Li to Heloise and we decide to go (well she decided to go with me, I had already decided to go in the first place.)

Anyways it was at a venue called The Arches, which was very cool. It's located in what looks like abandoned train platforms which are situated underneath Central Station. It was huge and dark and damp smelling...kinda like what you would expect from Teenage Mutant Ninja Turtles. Plus you could hear the trains when you're in the bathroom...thought that was really cool. Anyways, the concert was good. More rock n roll than I expected, and that was fine for me. She came off a little errr... pretentious...i think that's the word I'm looking for here...but she still put on a decent show.. Here are some pictures.. 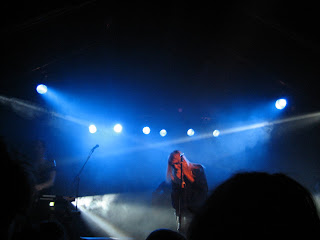 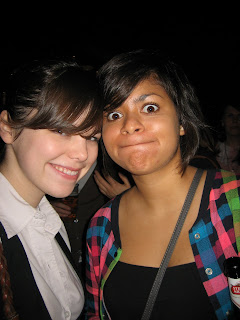 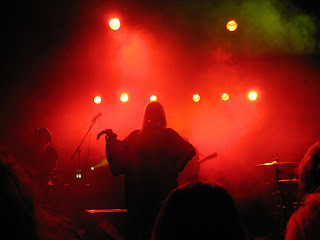 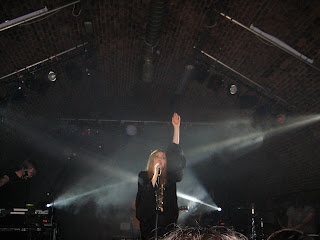