So this past week was g 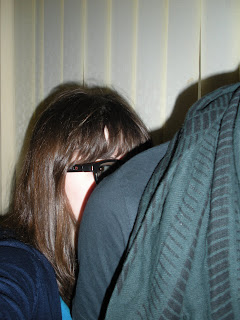 ood fun. Fredrik and I went out to see Fame! (my christmas present) this past thursday and it was a wonderful time. It was on a Thursday evening, and I was fortunate to not have anything that day, so I took my time getting stuff ready, homeworkin', etc and went over to Fredriks around 230-3. We get ready to go out, and he wore the new shirt I bought him with his Winged Skull cuff links I also bought him for Christmas (it was a night of Christmas presents). We get a taxi and go to city centre. We had talked about where to eat before and the idea of Tapas came up (love tapas)...and we found a small tapas restaurant right on Sauchiehall street not 2 blocks from the theatre. It was Ah-mazing! It's called Torres, and the prices were good, the food was great, the wine was great...the only down side was that the portions were tiny for tapas. Food was so good, it didn't really matter. We ate well, had good wine and didn't spend tons of money (well...Fredrik didn't). Then we went back to the theatre got another drink (my treat) and waited for the show to start. Fredrik was lovely and thoughtful and was very specific in his seat selections (he knows how I am picky about where I sit in theatres). We were in Row E (1st row = A) So we were in perfect view of the stage...unluckily for me a really tall woman sat infront of me and at times blocked my view, but i just looked around her.

Rant: I do not like Scottish manners in the theatre. Not. At. All. Period. End of Story. I love the idea of bringing food, as long as your not loud (chip bag openers.) I hate that they cat called the actors during the production (this is not a panto.), and I did not like that they did not stand at curtain call. I couldn't take it anymore, and I finally stood up. I've worked on stage for far too long to not give the respect of standing to actors, I don't care if I am in a different country. I will stand for the work I know they go through. Even if the show wasn't superbly awe-inspiring take my breath away amazing (like Wicked). I stand. They sang well, they danced well, the acting was a bit campy. Group Bow=Stand.

Then Fredrik and I went out to a pub of his that he loves, and it was nice. I had a marvelous time with him, and I think he did as well. I'm very happy we got to have that chance....42nd street is coming...I wanna see that!

Friday Night was just a chill night, I made chili and Fredrik and I watched Stardust and drank Margaritas. (obviously a perfect night to me) 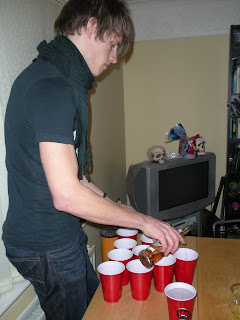 Saturday we went shopping in city centre and then i tought him how to play Beer Pong. (Question: If 2 balls make it in the same cup, after the first turn, does that count as an automatic win? What does this mean? What is protocol? This happened and I didn't know quiet what to do...) Anyways, I won! It was a 1-1 game, and I managed to win! (This has never happened with me making the single cup shot...). After this we went over to Mark's girlfriend's (Rozelle) flat to celebrate Burn's night a wee bit early. We actually read some of his (burn's) poetry and ate cake and played games. Again, it was a chill night.

Today I had a really interesting unplanned lecture about the Stirling head sculptures at Stirling Castle. My professor Dr. Sally Rush is doing a lot of research over them, and it was really interesting for me (the whole early 16th century mild obsession etc bits).

Friday my course and I went to Stirling Castle for an all day tour. It was pretty cool, and it will be much cooler once they're finished re-doing it. I am excited for this project because they are doing the castle how it would have been in the 16th century, as detailed and as accurate as possible. So they are trying to make something that actually looks like it would have when people lived in it, and not a vague worthless idea. I'm excited about this. Some people think that we should just use our imaginations, but I like the idea of getting lost in a fantasy, and I think being in a building that is designed for someone from 1500 is a good way of doing this. (past life bleed over?ha) 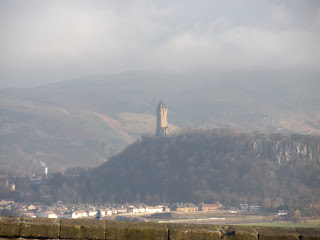 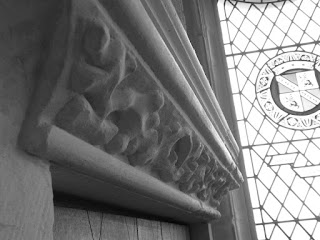 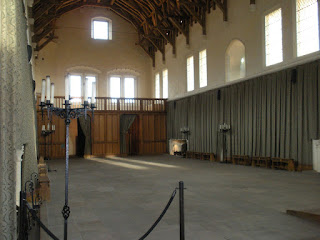 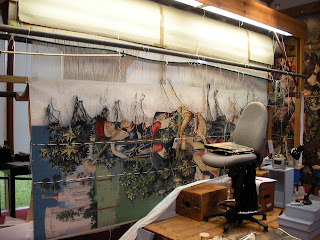 Tuesday I have lecture in Palaces and Castles, which I'm really enjoying. I'm really happy with my course choices this semester, I like my homework, and I like my hands on experience. I just kinda wish my Work Placement wasn't so random day wise. But that's the way it is, and that's what I'll deal with.

Not too much else going on I guess. Mom's booked her flights here (with VICKY!) from May 25th-June 4th or so. Bittersweet really....Mom will be coming, which will be great to see her, but she'll be here when Fredrik's getting ready to leave/will be leaving...so I might lose both of them at the same time. :( Not going to be a fun week I imagine.

I just want you to know that I love reading your blog. I think it's amazing that you are living your life in a foreign country.

Thanks for commenting...I often wonder if I'm just writing for myself and my mom half the time!! I'm glad you enjoy it!

Hey
I thought Fredrik was going to try and stay in Glasgow?

No, he doesn't really want to. Doesn't like the idea of spending summer in the city or something like that. He's too used to having a beach close by I think...? Not sure, haven't talked much about it.

Let's think of it this way: You can never ever ever lose your mom!!! And as for Fredrik, he'll miss you too much to stay away and he'll find a way to come back OR at least visit very often!!!!! :) MWAH!