June is sneaking up faster and faster every day. As exciting as it is, I am still overwhelmed by all the events that will take place. Also, F and I have a lot of things going on before I even move over that have nothing to do with the move.

Currently, he's finishing off his masters in Sweden just being a genius. I was volunteered to be his proofreader since his thesis has been written in English. Joy. I know that his work is really good and successful because I did not understand a single word of that thing. I edited it, critiqued the word use, etc. However, I could not tell you what it was about. Well, not true. It's about composite materials for a joint of some sort. Lots of tests were done. But I think it was successful.

On June 4th is his final day of 'student-life' as he is presenting and defending his work at LiU. *yay* applause applause. He is then on an official three month vacation. September of this year he starts work in Linköping (can we say YAY for that?). The job worked out as did our flat, so that Monday or Tuesday after I arrive in Sweden will be spent in a moving van traveling across Sweden and moving into our first (of probably many) flat.


This past week I have been on a holiday...some S&S if you will. Spa and Shopping. (My mom's phrase). She and I went to Santa Fe, New Mexico and stayed at the Bishop's Lodge Resort and Spa. We spent every morning in the spa (except one day was spent at the 10,000 Waves Spa also in Santa Fe--fabulous fabulous fabulous!). We had a wonderful time, found some wonderful jewelry, and had wonderful treatments at the spa. My mother truly deserved it, and I just got to benefit from it. ;)

One day was spent going to Madrid where the film, Wild Hogs was filmed. Madrid is an interesting place and we had a good time. Lots of hippies, which is always a trip. Another day, our favorite day, was spent at Bandelier National Monument where we got to see 400+ year old cliff dwellings and pueblo ruins. This was simply magical. Apparently, during the high season it can be up to a 45 minute wait just to park at the national park! We were virtually alone. Only crossing a handful of people on the path, and no one was around to disturb us as we visited the cliff dwellings and peeked inside. Words and pictures cannot do this state justice. I loved New Mexico. Here are some of the pictures I took. Please bear with me as most of them were taken from the passenger seat of a Ford Fusion named Molly. :) 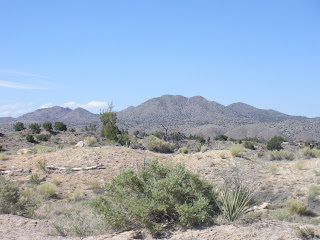 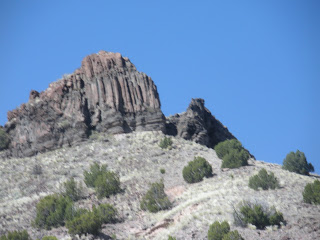 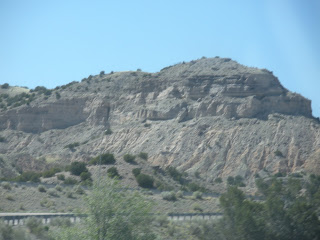 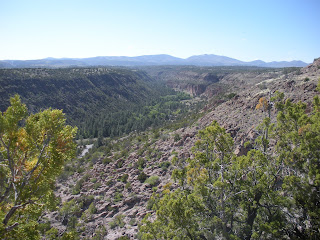 Bandelier. View from over the cliff. Stunning...simply stunning. 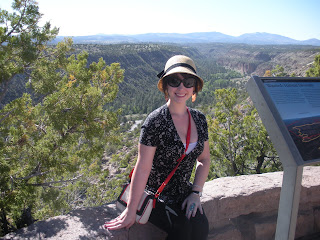 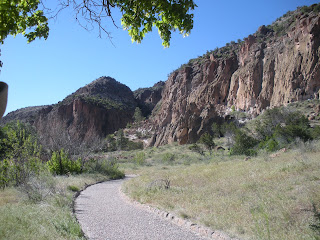 On the walk, cliff dwellings in the distance. 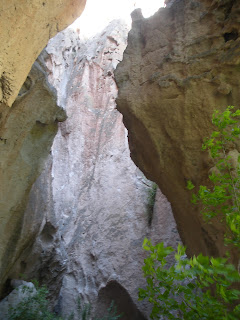 This was my favorite spot. Very quiet, it's in the cliff, dark, and green. You could hear the laughter. 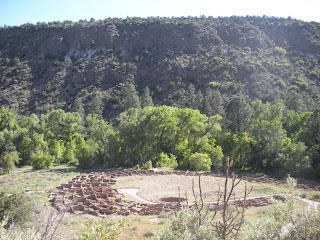 Ruins with three Kivas. They think these was mainly for storage...except for the kivas which are for religious purposes. 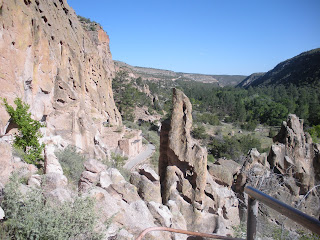 Walking around the cliff dwellings.
<3 <3
Labored Over by Abby around the time 5:42 AM

haha my husband also went to LiU and studied engineering. I am ALSO the designated reader of thesis/resume/anything important in english.

I have to also admit I don't understand a darn thing he writes about. but thankfully we don't need that to correct grammar!

good luck with the move! Linköping is beautiful and so is being reunited again :)

Oh I am so glad I am not the only one in that boat! His papers are just ridiculous and filled with equations and symbols and big words I've never even heard of, and then he debates my American comma use compared to British! (Damn commas anyways) :)

Thank you for the well wishes! This is getting to become so stressful, and I still have 3 weeks! :)